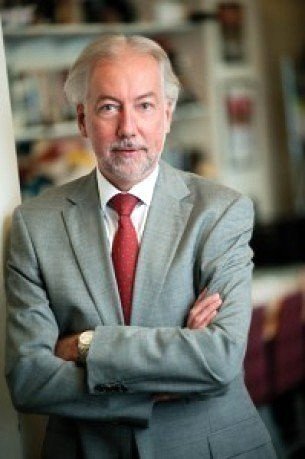 Gray Thomas is board certified by The Florida Bar as an appellate practice specialist, and he also practices criminal defense in federal and state courts, as well as representing clients in attorney discipline and attorney admission cases. Since being admitted to practice in both Florida and Georgia in 1992 he has achieved the highest Martindale-Hubbell rating of "AV-Preeminent" and is recognized by Best Lawyers in America in the areas of Appellate Practice, Criminal Defense: White Collar and Criminal Defense: General Practice. He also has been recognized as a Florida Legal Elite in criminal defense by Florida Trend magazine and by Florida Super Lawyers in criminal defense. Gray is currently a member of the board of directors of the Florida Association of Criminal Defense Lawyers and its Northeast Florida (Jacksonville) chapter.

Gray has been a sole practitioner since 2011, and while he continues to maintain a separate practice, since 2013 he has also been a member of the appellate specialty firm, Creed & Gowdy, in an of counsel capacity.

Prior to opening his own firm, he practiced 20 years with the renowned criminal defense, civil rights and appellate firm Sheppard, White, Thomas & Kachergus.﻿

D. Gray Thomas is admitted to practice law in the following jurisdictions.

Long v. State, 151 So. 3d 498 (Fla. Dist. Ct. App. 2014) (reversing conviction on charges of child sexual abuse because of inherently prejudicial effect on jury of conduct at trial of members of Bikers Against Child Abuse)

Menefee v. State, 980 So. 2d 569 (Fla. Dist. Ct. App. 2008) (challenging conviction for stalking by use of HAM radio transmissions on ground that state enforcement is preempted by Federal Communications Act)﻿

Alessi v. State, 969 So. 2d 430 (Fla. Dist. Ct. App. 2007) (vacating murder conviction because of ineffective assistance of counsel provided by defense lawyer before and during trial)﻿

Buchanan v. State, 927 So. 2d 209 (Fla. Dist. Ct. App. 2006) (reversing bail bondsman’s conviction and 25-year mandatory prison sentence for aggravated assault with a firearm while trying to recapture a fugitive because he was denied the proper number of challenges to remove prospective jurors)﻿

State v. Demeniuk, 888 So. 2d 655 (Fla. Dist. Ct. App. 2004) (state challenging defense expert opinion evidence regarding insanity defense and effects of antidepressant medication on a woman charged with first-degree murder and for whom the prosecution was seeking the death penalty for the fatal shootings of her 4-year-old twin children)﻿

State v. Cronin, 774 So. 2d 871 (Fla. Dist. Ct. App. 2000), approved, 801 So. 2d 94 (Fla. 2001) (affirming trial judge’s dismissal of RICO and other charges against chiropractors for violating a statute prohibiting certain types of business solicitation, finding that the anti-solicitation statute violated the right to free speech under the First Amendment)﻿

Smithwick v. Television 12 of Jacksonville, Inc., 730 So. 2d 795 (Fla. Dist. Ct. App. 1999) (upholding right of public access to documents filed in court unless high standard is satisfied to warrant documents not being open to the public)﻿

Robinson v. Power Pizza, Inc., 993 F. Supp. 1458, 1462 (M.D. Fla. 1998) (denying motion to dismiss civil rights public accommodations suit and granting an injunction to prohibit a pizza delivery restaurant from refusing to deliver in a prominently African-American neighborhood when it had no factually supported security or other lawful justification to refuse)﻿

Johnson v. U.S.,520 U.S. 461 (1997) (challenging perjury conviction for infringement of right to have jury determine all elements of crime beyond a reasonable doubt based on a Supreme Court decision that changed the law after trial)﻿ 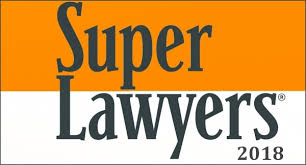 Gray Thomas practices criminal defense in federal and state courts, as well as representing clients in appeals and in attorney discipline and attorney admission cases.

menu
Home
D. Gray Thomas
Areas of Practice
Useful Links
Contact Us
contact form
If you have questions or want to make an appointment then contact us:

Thank you! Your message has been received.
Oops! Something went wrong while submitting the form.
© 2020 Law Office of D. Gray Thomas All Rights Reserved.
Website Design by Belt Creative